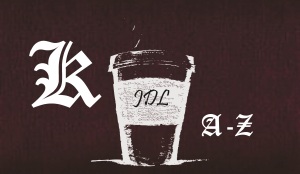 When a bird is alive, it eats ants. When the birth is dead, ants eat the bird. One tree makes a million match sticks. Only one match stick needed to burn a million trees. Time and circumstance can change at any moment. Do not devalue or hurt anyone in life. You may be powerful this time, but remember, time is more powerful than you. So be good and do good.
–Buddha

I’ve seen it before, someone putting money in the hands of a homeless person who is sitting on the sidewalk and then going home to find some money that they had forgotten they had. Then there was another tale of a friend standing by and watching a thief steal a cell phone at a party only find out the next week that someone at party they were at had stolen their cell phone from them as well. It becomes even more apparent as time goes on that whatever someone puts out into the universe comes back to them, hence why you should treat others the way that you would like to be treated.

Every faith, belief, humanist philosophy and doctrine from Confucianism, Hinduism, Buddhism, Christianity, Islam, Taoism, Zoroastrianism and almost any other religion or belief speaks about the importance of a Karmic-like force shifting the energies of everyone around us to maintain some sort of harmony and balance. The golden rule—this law of cause and effect keeps a tally of all actions and reactions in the universe in a way that almost explains the unexplainable and calms the perceived chaos.

We decide to act and then our actions implement chosen reactions which cause other people to question and act upon, and so the saṃsāra continues, karma carries on, and eventually everyone gets what they deserve.