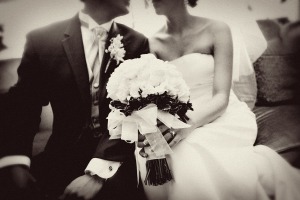 She felt that feeling in the pit of your stomach that heated up your body with anguish. She felt nauseated as the rhythm of her heart beat faster. Flashes of past events briefly flooded her mind while sweat dripped out of her pores. There, a woman wearing jeans and a white button up t-shirt that was two sizes too big looking at Sarah from the deep crevices of her unconscious mind, and although she had no name, Sarah new this woman was the key to remembering everything.

“Sarah,” James said lying down next to her in bed. “Have you been taking your medicine?”

“Yes, I’ve just been worried about not remembering anything about the past is all,” she lied. Sarah has instantly felt the repercussions of not taking her prescribed medication, and that side effect was exactly what she wanted—remembering the past. What really troubled her was the possibility of her own husband and her psychiatrist trying to make her forget something.

“Everything’s going to be alright Sarah. I promise. You just really need to make sure to take the doc’s advice and go with the program.”

“Yeah, of course—this is the only way I can figure everything out.”

When James eventually went to work that day in town, Sarah took the liberty of combing through the house for any clues to her past, but besides the three recently taken wedding photos of the two of them, there was nothing else to confirm or deny anything. She knew she had to act secretly about the situation, but she also knew she would need help going any further with her investigation.

She would have to begin with the facts. There was a small gash on her head alleging that she had fallen in the forest and the incident resulted in memory loss, but why was she out there by herself in the first place? She began conducting a plan to retrieve information and documents about her husband, her psychiatrist and herself without being detected, but she would have to remember not to tell anyone and to bury everything along wither her the growing pile of pills she refused to take outside in the dirt hole. With enough secret research, however, she knew she would be able to uncover what was forgotten.