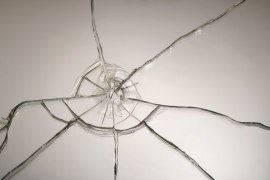 Subtle sounds of snoring slipped out from the body lying next to Sarah. It was now her chance to sneak out from the large wooden house in the woods and off to break into her psychiatrist’s office in town. It was a risky operation, but she was running out of time before someone caught on that she wasn’t taking the mysterious medication that was making her forget her past. She couldn’t mess up either tonight, because her husband and her psychiatrist were forcibly drugging her to forget something she couldn’t imagine what they would do to her if they found out she had started to remember.

Sarah tip-toed her way out of her bedroom past her husband and down the hall. That was the easy part. The hard part was making it through the dead of night in the pitch-black forests into town and breaking and entering into an office building. She would have used a flashlight, but if anyone saw a beam of light making its way into town, she knew she would have been immediately accused.

Sarah made her way by memory into town along the road. It took her over an hour, but cutting across through the woods would have cause a whole other set of problems. When she did arrive to the building she searched around the corner for the window that she had left slightly ajar for herself. Luckily the window was left open and she was able to lift the single hung window and slip into the dark and empty lobby.

A small beam of light creeping out from underneath her psychiatrist’s office door caught her attention. How on earth is he still here? Sarah thought quickly to herself. She put her back to the wall where the window was and crouched down out of sight so that no one would see her hiding. She moved closer toward the door, and with every inch closer she made toward the office she felt her heart pounding within her chest faster and faster. She could have sworn that she was going to have a heart attack, but she was already inside the building that night and she didn’t want to do this all over again.

Sarah crawled forward, and as she leaned up against the door to look through the gap that was created between the slightly ajar door and the door fixture. She wasn’t entirely sure if there was really anyone in the office. Her psychiatrist could have accidentally left his desk light on, but it didn’t seem like the safe assumption. She listened closely for some movement but heard nothing from behind the door. She waited a few moments, and just as she was about to stand up and enter the presumably empty office, she heard Dr. Aislinn get up and walk out of the other door that was connected to the room.

Sarah decided that it was her time to make her move. She slipped into the office faster than she ever could remember her getting inside of a room before and took two large leaps to the back where the office cabinet was. It was unlocked and slightly left open and so she quickly sifted through the folders to grab her file.

She grabbed her file and just as she was about to run out of the room she heard the room door knob turning and she pushed in the drawer, dropped to the ground and tucked herself under the large wooden desk. She heard Dr. Aislinn walk in and kept incredibly still as she watched him sit down at his chair and scoot into his desk.

She knew it would be a long night.