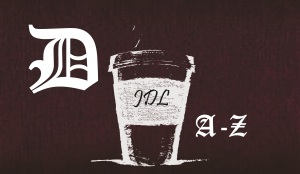 Sometimes I feel as though the miles placed between people are part of a test. I often say to myself, if we can still be close, despite time and space separating us, then you become someone even closer to me than ever before. I didn’t want to believe it at first, but all the friends you have in high school, and the people you carry on with after college dwindle down in numbers. Only the strongest of the friendships survive the distance that naturally sneaks up on us as time grows.

They say couples in long distance relationships have to try harder than the couples who live closer together. They may not have picked up the phone any more than regular couples who live closer together, but their ability to communicate with each other is greater than most, because they make those times over the phone really count, and I also believe the same thing goes with long distance friendships.

I’m usually pretty terrible when it comes to picking up the phone to call people. I’m sure there have been times where people just assumed I was dead, because they haven’t heard from me in months, and then relax when they see a Facebook status update or an Instagram picture. However, the friends I feel closer to end up making it their second job to contact me and keep in touch.

For those friends who are really worth it, I’ll jump in my car and come visit whenever I can, and I’m always there to pick up the phone, whatever time of day, when they really need someone to talk to. That distance becomes that defining obstacle that proves a solid friendship in my eyes and, in a way, I feel even more at ease about possibly venturing around the world and meeting new people from foreign places. If it will last then it will last. You will always find a way to see or talk to that person you care about.

Love knows not distance; it hath no continent; its eyes are for the stars. -Gilbert Parker