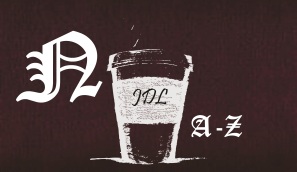 I was absolutely nervous before my 17-hour flight to Italy from LAX. Watching my parents and my sister wave goodbye to me (for what very could have been the last time) nearly forced the tears welling up in my tear ducts to fall out onto my face. I couldn’t stand flying. Flying meant making deals with the Universe and praying the rosary a million times all why attempting to get drunk enough to knock out in case the plane I was on crashed.

I managed to pass out for almost the full 17 hours, thanks to the lifeblood that is red wine, and woke up in an entirely new country. I grabbed my bags off of the carousel in the luggage claim and made my way toward the exit. I didn’t really know any of the other students that I was traveling with, but realizing the fact that, for one, I hadn’t died on the plane, and two, that I was about to embark on an adventure in an entirely new place, calmed my nerves. It was later, right in front of the Florence airport exit doors, that we were divided into the several groups containing our fellow roommates. The fact that the four other girls in my group seemed nice erased any remaining nerves that I had about studying abroad.

After everyone was split up into their groups, what seemed like a never-ending line of taxis, came and picked us up to take us to our apartments located around various parts of the city. Two or three students along with their luggage were piled in taxis driven by men and women who barely spoke any English. One of my roommates and I had grabbed a taxis driven by a really sweat old man with a lead foot.

We spent the next several minutes swishing through the city of Florence passing cars, dodging very lucky pedestrians, and speeding by the famous architectural feats of the city. I grabbed a hold of the car door’s inner handle, peered out of the window at the slightly blurry sights, and thought to myself, oh shit I’m in Italy.

When we got to the apartment my roommates and I started chatting as we waited for the landlord. When he finally arrived, he walked us through the aging apartment, taught us how to wiggle the keys, in ever the right way, in order to open the doors, and told us to carry our bags up several flights of stairs by ourselves.

After he left, we settled in to our new apartment the best that we could before passing out from starvation. One of our roommates, who was mostly at the apartment down the street during the trip, had taken off to explore the party scene. The rest of us, however, decided to try a pizzeria across the street that our landlord had told us about.

The pizzeria was an outdoor restaurant located in an old building that was once used as a jail. There was an outdoor bar area with a giant projector screen located next to it, and several indoor shops as well.

We ran into a waiter cleaning up. “Che cosa avete?!”

One of my roommates, not understanding anything she said asked, “Um, are you guys open?”

The server rolled her eyes. “Sit here,” she said in a heavy Italian accent. She handed out the menus and left.

We sat down at the table and grabbed the menus. “Okay.”

We ended up sitting down just and attempted to order pizza and wine. I had chosen the safe Margherita pizza; one other roommate ordered a Prosciutto; another, Pizza ai Quattro Formaggi.

“Hey you guys. Look at the Napoletana,” one roommate said. “Do you know what all of these ingredients are?”

We guessed at the list of foreign words the best we could. We knew what olives, vinegar, olive oil, tomato, and basil was in Italian, but the word, “acciughe,” had slipped our knowledge. The roommate ordered the Napoletana anyway and we asked our waiter for a pitcher of cheap red wine for the table.

“It’s Nap-ol-e-tan-a!” The waiter angrily corrected our roommate. She rolled her eyes and left with the menus. We all immediately started to dig in to the bread, and quickly attempted to devour our pizzas when they came.

“Umm,” the roommate who was corrected earlier for pronouncing the word, Napoletana, wrong said with a disgusted look. “I didn’t know that ‘acciughe’ meant anchovies.”

The waiter rolled her eyes so hard that I thought they might fall out of her head. “Napoletana pizza from Napoli, and has anchovies.” She handed a menu to our roommate and took her plate. She ended up later ordering a vegetarian pizza with eggplant and loved it. We realized that day we had survived 17 hours on a plane, an insanely fast car ride through Florence, dragging our incredibly large bags up several flights of stairs without falling down them, and ordering food and wine at a local restaurant. It was also in that moment of realization that we toasted to our accomplishments, and promised ourselves that we would learn more Italian.

5 thoughts on ““N” is for Napoletana”