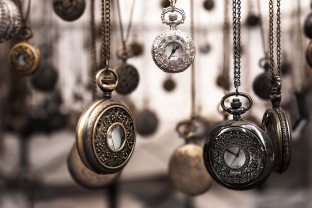 I had read a text riddled with anxiety and worry. The words pushed for a more detailed answer and begged for better news. “We have plenty of time,” I texted my best friend, “the wedding is months away.”

My friend quickly typed back as if to shake me back into reality from a distance. “Yeah, but it’s already May.”

May? What had happened to the rest of the year? One moment I was thinking about the end of February, and within the next blink of an eye it was the end of May. I had so many other things that I had planned to do by the end of the year, and the world was already spinning into the second half of the calendar.

I picked up my phone after a brief pause and reflection. I glanced at the whiteboard calendar on my wall. “Yeah. It is already May. Let me jump on my Maid of Honor duties.”

The previous month had felt as though I raced through it like a cat chasing after a red laser light—and May felt like I had just blinked and missed an entire lifetime. My slightly increasing sense of panic after the text conversation left me desperately attempting to grab hold of the swift wave of time that was jetting down a river bed. I thought of the million things I had to do by the end of the year and wished for a way to pause time.

“What if you had discovered what appears to be an ordinary room. But as soon as you enter the room, time stops for you. When you leave the room, time picks up right where you left off. What do you use this room for?” (Writer’s Digest)

I would imagine opening the door with my computer, pen, and some paper in hand. Perhaps a book to read, an art project that I was working on, or just me to sit alone with my thoughts. I would collect the infinite amount of time, every so often, to catch up, and to grab an extra slice of time every now and then before everything expires and time eventually stops for me.

The room could be used at the end of another month of May when the world has rushed by like a train without slowing down for anyone to jump on to get to the next destination. If there were a room that I could enter where time stopped, I would use it to enjoy the precious little moments when you ponder, reflect, and remember the reasons why we enjoy life.

One thought on “Timelessness”