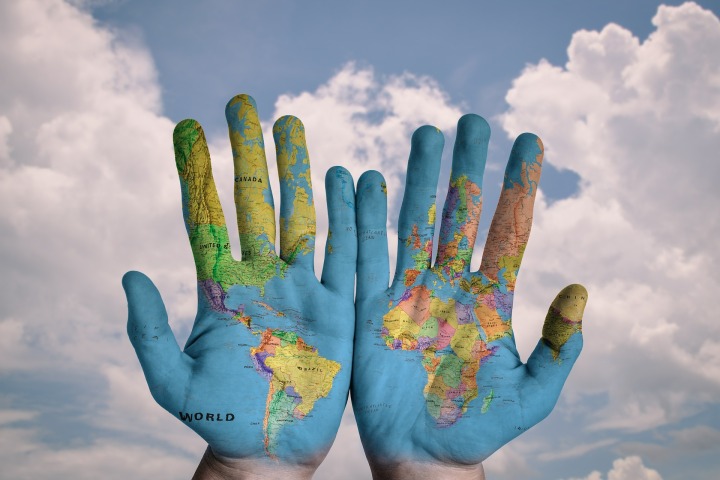 My sister and I walked into the brand-new humanities building after struggling for a minute or two to find parking. We had arrived in two different vehicles from our respective work locations and ventured down the hall together.

“I actually walked in and found the classroom and the bathroom,” my sister said. We reached the door to the classroom, which was slightly ajar. A group of students of all ages, races, and genders sat somewhat scattered around the small lecture room. My sister and I grabbed our seats next to each other off to the side of the classroom.

“Do you have a notebook,” she said sliding a bright red notebook out from her backpack.

“Kind of,” I said looking at the notebook I use to scribble shorthand during journalistic interviews. “I have my writing notebook.”

“I bought you one just in case. It was ‘buy one and get one half-off.’”

I grabbed the notebook and thanked her. My sister had it together when it came to organization and studying. I’ve always managed to stumble through classes to receive good grades haphazardly, but I’ve always noticed that she put in a lot more effort than I did in school.

A woman walked in just before the clock ticked to the six o’ clock position. She smiled as she recognized a few of the students in the class and began signing. As they continued their full-on silent conversations, I felt my heart beat a little faster. I looked over to my sister who also looked a little concerned. We both only knew the equivalent of a first-year high school American Sign Language (ASL) student. Maybe we signed up for the wrong class.

The teacher then finished her conversation and turned her attention to the class. As she continued to sign, two of the women began voicing her conversation. The teacher introduced them as the interpreters for the class. She told the class not to worry about signing and that it wasn’t necessary to know to take the class. We later learned that she was a proud grandma, that she taught other ASL and Deaf culture classes (like the one we were taking) at a few other colleges, and that she was born deaf.

She then asked everyone in the class to introduce themselves and to tell everyone why they were taking the class. A few students who were fluent in ASL shared their interests in becoming interpreters. Several of the students, including my sister and I, knew some signs and had to voice the rest of the reason why they were interested in taking the course. When it was finally my turn I nervously raised my hands and began my introduction, but my reason why was actually a little lengthier than what I tried to sign to the class sloppily.

I was first interested in sign language when I was a small child. My mom was visiting a friend who had two little girls around my age. It was the first time that we all were meeting each other, but we hit it off immediately. We were playing with random toys around the house when I noticed that the girls had these plastic things that were sitting inside the curvature of their ears. “What is that?” I asked, rudely pointing at one of the girls’ hearing aids.

The mom took a moment to give me an explanation kindly. “These are used to help the girls hear. They are deaf.”

The mom laughed a little. “No, honey. Deaf, with an ‘f’ at the end. They were born with a limited ability to hear.”

“Oh,” I said. “Can I have some more carrots and chocolate milk?”

I played with the girls the rest of the playdate and asked about some of the signs that they were doing. Unironically, all I could remember was the sign for milk, which was terrible for conversation, but I did drink a lot of chocolate milk that day. When I left, I also left with the desire to learn the language that would break down the rest of the small barrier that was put in place of the two little girls who were deaf and me. As I grew up and met new friends and family who were deaf, I wanted to learn more.

Knowing sign language is so important for connecting with one another, for making sure that we are including everyone in conversation, and that we are breaking down societal barriers put up by hearing people who continue to build up walls that exclude non-hearing people. My schedule is already insane as it is, but I know that I would like to learn sign language because it is interesting, I love the culture, and that I don’t ever want any of my friends and family who are deaf to feel excluded.