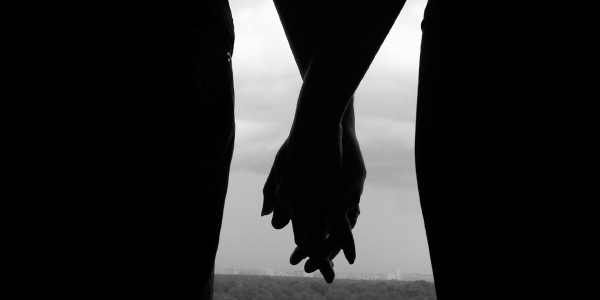 “Soooo—remember my friend that I kissed a little while ago?” I casually reminded my friend from second grade and the one from college.

“Yeah, the one that you wanted me to kill?” my friend from second grade responded.

“I never wan-whatever, yes.” I said. “Well, I guess the kiss kind of meant something because it happened again.”

“So bizarre,” my friend from college said. “It’s crazy because I mentioned you two getting together last year, but nooooo, you didn’t do listen to me. Ha-ha.”

“Ha-ha, I know. Well we’re kind of casually dating now, so I did listen—just not right away.”

Then I thought about it. What if I had dated this guy when my college friend mentioned it? Would I have ever dated my ex?

Between the two make-out sessions that I recently had, I couldn’t help but wonder whether I was making the right decision in completely letting my ex go. I was literally about to text him and possibly get back together with him when I got one of the first of many texts from my new guy.

Was I some flip-flopping person who couldn’t make her mind up? Or was this all supposed to happen the way it did?

I left a door open with my ex a few months ago, though at the time I knew the relationship wasn’t going the way I wanted it too. The months in between the break-up and the make-out session did make me realize that I never sat down and resolved the problem by talking with my ex, and instead of doing so, I just broke it off.

It was after the second time I locked lips with my new guy that I realized what my friend from second grade was talking about with her new guy.

Even if I were completely single what could really happen? We were always on two separate wavelengths. He was ready for something far more serious than I was willing to get myself into and I obviously couldn’t bring myself to talk about it with him, which is something that’s completely the opposite about my new guy. I think that if it’s going to happen we’ll have another chance, but I just want to see what happens with this guy that I’m with now.