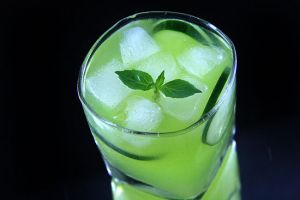 There were meetings scheduled throughout the course of Monday and Tuesday that had filled up my days like the flood of liquid spilling out from the over watered decorative pot with the dead plant in my mother’s kitchen. It was clear that the dried brown leaves falling out of formation that were once all tied together in a pretty little bow were beyond saving, but the compulsive habit of pouring the lukewarm water over the potted plant everyday just continued to take place despite the once green living thing’s unresponsive drowning. My car had been placed in and out of the auto shop after the year that I have spent driving it through hell and back and then through hell again, and I was nervous all the while when it came time to introduce myself to my new interns that would help me run an online magazine.

I had somehow mistaken Tuesday for Thursday and drank a mojito and made a burrito to celebrate my triumph over the week before being corrected by a friend. We grabbed, what was most likely, our last coffee together in Bakersfield and I gave him a threatening going away card that I had made with Liam Neeson’s face pasted in it. Then Wednesday came and this good friend of mine, from this Texas-like town plagued with erratic temperatures in the middle of California, left to go live on the eastern seaboard, and my younger sister, who was living in Southern California, made her way back here for the summer. They, oddly enough, both left and arrived at the same time.

I spent my Thursday and Friday, after getting my car back from the shop, falling back into my old habit of non-stop driving, this time back to my hometown of Hanford to be there for my best friend and her family. I had spent the majority of my life growing up with this group of people, and have gotten to know them back when I had taken residence on the edge of the dairy farming town where the dirt country roads and tall stalks of crop met with the quiet rows of houses in the suburbs. This time, unfortunately, I was not there to visit with my best friend and grab drinks at some local country bar, but to attend the funeral of a loved one.

We dressed in all black and sat in the Catholic church that I called my parish for many years with our rosaries and our memorial pamphlets. I watched saddened traces on familiar faces as we said our goodbyes and then made our way home. I sat reflectively in my newly fixed car still wearing the mournful black from the ceremony and tried to make sense of my seemingly long week. It’s as if I’ve lived a million lifetimes in five days alone, which makes it all the more reasonable to have another mojito this week when I get home.