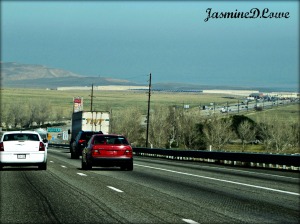 We had about another hour from the town of Yreka before we made it to Ashland Oregon. I had driven so far from the Los Angeles area all the way to the very northern part of California with a mysterious hitchhiker, but I still felt a little uneasy about my situation. The story that Cindy had been telling me in the car had revealed a surprise, but I still wasn’t sure as to why we had to go to Oregon or whose lives were in danger. I hadn’t interrupted her for a while, but I just had to know what was going on.

“I knew that her husband and therapist were really up to something, but I didn’t expect all of this,” I said. “Is this story even real?”

“I don’t know why you would ask if it was real when I told you that my journey was based off of this,” Cindy said slightly annoyed at my doubt. “I didn’t make this up to get you side tracked while I just bum a ride off of you. I asked for your help and you accepted.”

“I don’t even remember doing that. You’re very manipulative you know.”

“You know you want to find out what happens next, and I know that you’re interested in helping or you wouldn’t be putting up with this.”

I responded with a quick half of a smile but I felt that it was a little more than a smirk. She was absolutely right. I wanted to find out what happened next, and I was willing to help Cindy and whoever else was involved.

“Okay, well. We’re almost there. I’ll try and finish up the story but I’ll let my friends update you on the stuff I’m not quite sure about.”

“Okay,” I said, and Cindy continued the story.