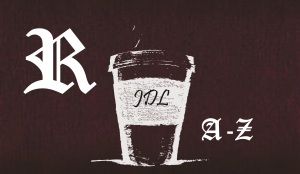 “Life can only be understood backwards; but it must be lived forwards.”
― Søren Kierkegaard

Last night I attended a talk given by Myrlie Evers-Williams, the former chairwoman of the NAACP, a civil rights activist, the author of several published books and journalist who worked for over three decades to seek justice for the murder of her civil rights activist husband Medgar Evers in 1963, at Scripps College (one of the colleges at The Clairemont Colleges). I listened as she spoke about the progress that our country has made from the days where African-American people were forced to count the number of beans in a jar or the number of bubbles on a bar of soap in order to vote, to now where men and women of every color now has the opportunity to vote as a citizen.

She spoke about the struggles it took for women to squeeze their foot in the door and then eventually become presidents and CEOs of their own companies. She had the audience looking back 50 years ago when she and other civil rights activists secretly met up at different houses to plan marches and protests out of fear that they would be killed by white supremacists. And just knowing that Ms. Evers-Williams had witnessed the brutal murder of her civil rights activist husband right in the front yard of their Jackson, Mississippi home in 1963 by Byron De La Beckwith, a member of the White Citizens’ Council, had made her work, positivity and optimism about America and its potential after the tragedy that much more amazing.

“Scars have the strange power to remind us that our past is real.”
― Cormac McCarthy, All the Pretty Horses

Although highlighting the great amount of progress that our country has seen over the fifty years since the African-American civil rights movement, Ms. Evers-Williams also mentioned that the country still had a long way to go in reaching equality. According to the U.S. Department of Justice (2009), approximately 12 percent-13 percent of the American population is African-American, but they make up 40.1% of the almost 2.1 million male inmates in jail or prison. Instead of encouraging education and helping young minorities reach up and leave poverty-stricken ghettos, many are happy banking on the privatization of prisons and setting up young men of color to fail.

And though she spoke of all the troubles and acts of sexism and racism that women and people of color have to face today, she encouraged the audience to stand up for what they believed in and push, peacefully, for equality. She would refer to her favorite quote by her husband throughout her eloquently spoken speech and say, “is there anything that you believe in that you would stand up and fight for?”

As an active civil rights activists she challenged her audience members to find that passion, and that cause which we would fight for, and get out there and do it even if you are the only one fighting. She asked us to remember the past, see how far we have come, and then move forward in working toward a better future.

“Your past is always your past. Even if you forget it, it remembers you.”
― Sarah Dessen, What Happened to Goodbye

2 thoughts on ““R” is for Remembering”