The sounds of metal and plastic clanked together as the group of slightly nervous hikers gathered around the small wooden picnic table. I made sure that laces on my new hiking shoes were tied and fiddled some more with my new hiking poles. I had never used the tool before and felt a little awkward testing them out on the short grass covered in the early morning dew. I double checked my bag by readjusting the straps and buckling the clasp that ran around my body in between my hips and my waist.

The light from the sun was barely creeping up from behind our personal white whale. The group gathered around the table all knew that the journey to the top of Mount Wilson in Southern California would be a long and strenuous hike. We had prepared, but we begrudgingly anticipated the lingering feeling of sore muscles days after leaving the face of the mountain. The peak we climbed that day would be the first of six that we would traverse as part of the Six Pack of Peaks Challenge. 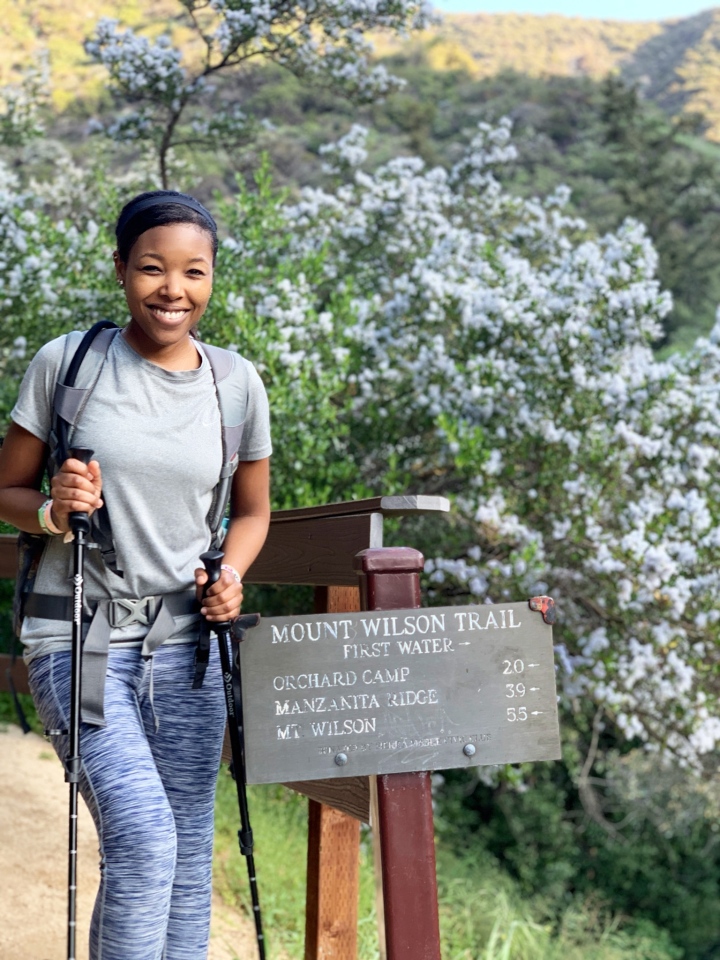 We walked past the old green building that sat on the corner of the residential street near the trail’s entrance. It was about 6:30 in the morning, when we took our last glances at the Inn, turned museum, and we wouldn’t see it again for almost another twelve hours later. We took the Sierra Madre trail that led us past first water, Orchard Camp, and Manzanita Ridge before it led us to the top where the observatory sat. We took a break at each stop on the trail and marveled at the beauty that surrounded us along the way.

With every bead of sweat that dripped from my brow and every step that was taken to propel the rest of my aching body forward towards the peak, I couldn’t help but let my eyes wander and stare at the rich colors and different structures and shapes of natural architecture that decorated the trail. The trees along the way towered over our heads occasionally offering shade from the sun that managed to position itself high up in the sky. We passed a couple small waterways, walked around fallen trees, and piles of rock that managed to emerge after a rock slide.

Members from the group saw rabbits and salamanders. There were bees swirling around desert flowers and the occasional lizard that would escape the larger birds flying overhead. We also knew as we moved closer to the top that bears had been by and we were slightly concerned with the ambiguous scat we found on some of the more challenging parts of the trail. 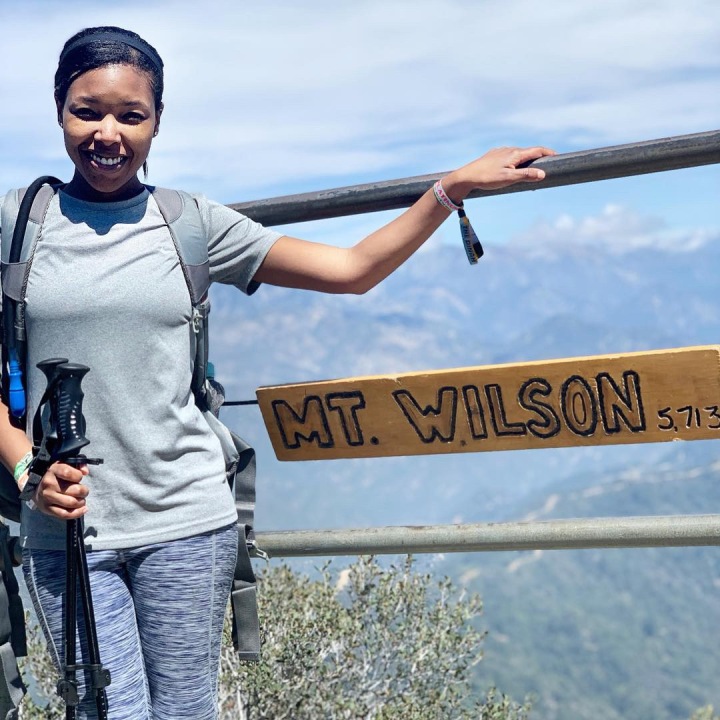 Although I felt accomplished after reaching the top of the Mount Wilson the feeling felt a little tainted by all of the people who accessed the peak by a neighboring road. For obvious reasons, people can drive to the observatory at the very top of the mountain. That day on the peak we were greeted by a tour bus full of well-rested families dressed in jeans and sandals eager to take their picture next to the summit sign.

I’m excited to continue on this journey of climbing to the top of the other five peaks and seeing the unique beauty that each mountain will bring to the trail that we will take. There’s something incredibly special about touching the top of a mountain with your bare hands. Your world suddenly becomes so small as you rest your hiking gear along the edge of the cliff that you just struggled to climb over. You feel more than accomplished as though you have won a secret award that was given to you by yourself. You get to battle the larger obstacles along the way that manifest in your mind, and you get to prove something amazing to yourself as you look out from the summit onto the surrounding wildlife and distant cities and towns. You feel temporarily invincible—until you have to make your way back down the mountain again to your car.

2 thoughts on “My Experience Hiking the Six Pack of Peaks Challenge: Mount Wilson”