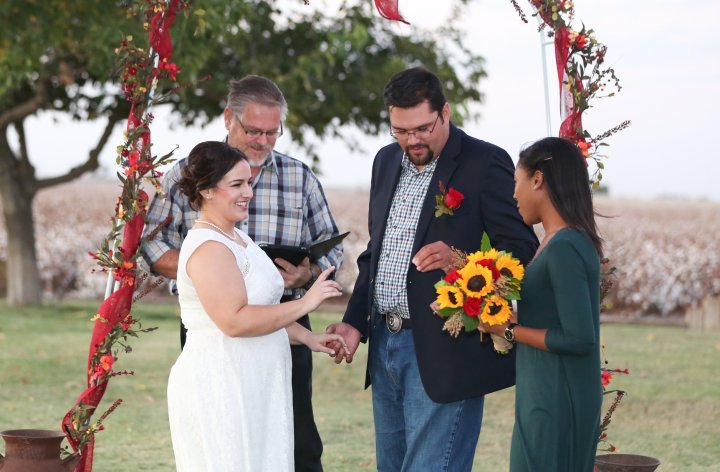 I was reading an article the other day that had a collection of wedding horror stories told from the perspectives of guests, photographers, bridesmaids, bartenders, and those people who worked the entertainment at weddings. I cringed as I read about the debt that some of the bridesmaids were forced into and the insane demands that were requested of the friends and family in attendance at the weddings. I felt so sorry for every single person sharing their experiences with the devil—I mean angry grooms and brides. However, it also allowed me to realize how lucky I am to have such amazing best friends that actually care about my well-being.

You see, I attended two weddings in the past year, and I was the maid of honor at both of them. I planned two bachelorette parties—one that never happened, and the other where I sustained head trauma and ended up in the ER. I took worried calls that led to one bride eloping, I ended up randomly taking a Brazilian capoeira class, and I broke off my entire pinky toenail wearing demon shoes. I even gave both speeches to the brides and grooms of each wedding on the fly, one while suffering from an allergic reaction to a major antibiotic while also recovering from the flu, and the other while completely drunk because I only had oatmeal that day at sunrise (no one noticed).

Despite the small mishaps, I was still able to enjoy both weddings (no, seriously). I got to spend time with close friends, meet new friends, and celebrate the unions of these amazing people in my lives. I still talk to both newlyweds, and the brides are still my best friends. They always called me throughout the year to ask if I was okay. They tried not to ask too much of me when I was suffering from mini breakdowns and mystery illnesses, and although the past year has been absolutely nuts, I’m so grateful that both of them asked me to stand by their sides while they married the loves of their lives.

I know that my best friends would do the same for me. They have already proved over the years that they would go the extra mile. Do I want to have to plan and attend my own wedding? Absolutely not, but I like the fact that I have two close friends that would help me out if I changed my mind or if I found a spouse that was really about all that marriage stuff.