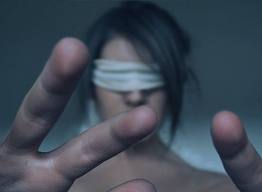 Capital Punishment; it’s a life or death situation that people have been debating about for years. Does it make sense to end someone’s life because they have at one point ended someone else’s? My answer has always pretty much been no. Even if all of the evidence in the world pointed to one single person, you still can end up with a situation like in the movie, The Life of David Gale.

The scenario that ends with the death of a possibly innocent man isn’t just for the movie screen though. The recent execution of Georgian inmate, Troy Davis, has caught the attention of everyone from the Pope to former president, Jimmy Carter.

Citizens who believed that Davis was really an innocent man on death row, the anti-death penalty activists, and the Human Rights Group Amnesty International all gathered in the streets to push for an appeal in case that left a lot of questions unanswered, but after over 20 years of waiting in a jail cell for a crime that he might have not actually committed Davis was executed by lethal injection on September 21, 2011 anyway.

“If I knew then what I know now, Troy Davis would not be on death row,” juror, Brenda Davis, told CNN regarding the 1989 case in 2009. The then 19 year old was arrested for killing off duty policeman, Mark MacPhail, with the help of questionable witness statements that have since withdrawn their statement saying that police forced them into accusing the 41 year old. People protested also knowing that no murder weapon was found and that there was no DNA evidence.

The thing is Troy Davis isn’t the only possibly innocent man who have been put to death or left praying to get off death row. Newly available DNA evidence has exonerated and released more than 15 death row inmates since 1992 in the U.S., but it’s only available in a fraction of capital cases. Who’s to say how many more inmates are just sitting in a jail cell waiting to die for a crime that they haven’t committed?

According to the Death Penalty Information Center a list of 8 inmates “executed but possibly innocent,” and at least 39 executions are claimed to have been carried out in the U.S. despite the knowledge of possible innocence or serious doubt about guilt. How many more times will an innocent person be put to death before we realize that maybe killing people as a punishment isn’t really fool-proof?

Putting aside the argument that all life, whether it is a cute little rabbit or a crazed and deranged serial killer shouldn’t be left up to anyone else but fate or what have you, many people still seem to find a flaw in the idea that it makes sense to kill a person because that person killed another person. In the end it all just sounds like a bloodied revenge and not of the supposedly fair justice system that is in place today. Instead, people continue to die because of the archaic thinking that an “eye for an eye” is the best way to live their lives, when in fact it just leaves the whole world blind.