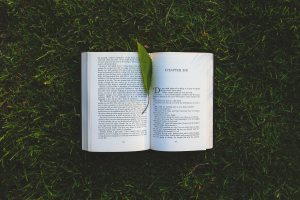 I had seen a group of Jane Austen novels in the Kings County Library’s Hanford Branch before but didn’t check out any of the books until I had heard one of my English teachers mentioning the writer. I was in Junior High school, and we had just finished reading Charles Dickens’ classic, A Tale of Two Cities, so I was on a classic novel-reading high.

I picked up Jane Austen’s Emma, read through its nearly 400 pages, and decided I detested the book’s main character. To me, the character, Emma, was an annoying elitist wealthy woman trapped inside the pages of a novel where nothing truly noteworthy occurred. Granted, I also may have been biased by the action-packed adventure novels that I was previously engrossed in, I still expected more from an internationally acclaimed piece from the literary canon. Years later, however, when I would sign up for another English course for fun while I was obtaining a Master’s degree in Communications, I would read the book again and enjoy it.

The book hadn’t changed. I had read the exact same edition as I had once done before, but something else was different. I was no longer an eleven-year-old Catholic school girl who still sort of thought all boys were offensively nauseating. I had a mountain of experiences in my life that lifted me to another level of understanding, which I had subconsciously brought with me into the novel.

Emma appeared to be a different individual with deeper levels of personality and background that I had seen once, but had never noticed. I had realized that Jane Austen had a vision and a message she wanted to share with audiences to come, but that some people never fully agreed with, or truly heard what she was trying to say. It was reading the book for the second time that I truly comprehended the relationship between the writer and the reader.

Right now, there are a few people still stumbling upon the short stories I had written and have posted to this blog. I have shared a certain message and tried to relay specific meaning without forcing the audience to only see it a certain way. These people may have a few different interpretations entirely separate from my own. They may hate the stories, love them, or think that they’re just okay and leave them at that. They may appreciate the twists and turns I have implemented, or have completely overlooked them. However, the story, no longer truly my own, has passed through the minds of those few readers and have become something else entirely. The writer can write a story, the reader may read it, but the words that exchange from the pen to the ear has thousands of different paths along it’s ultimate journey from the muses to the curious minds here to come.